Path to the Grail 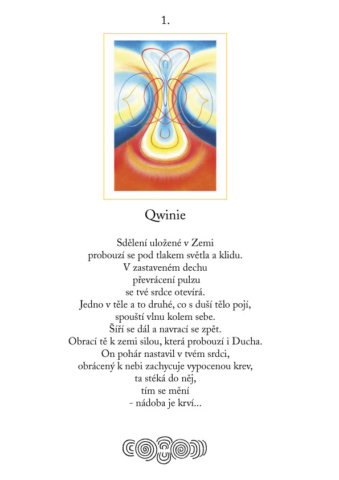 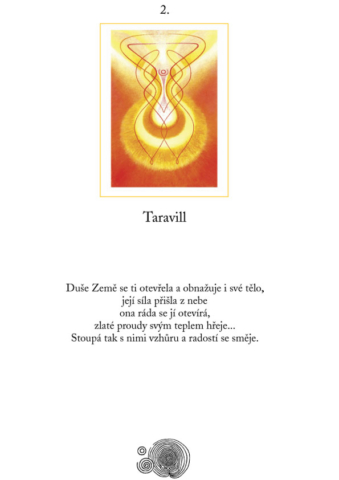 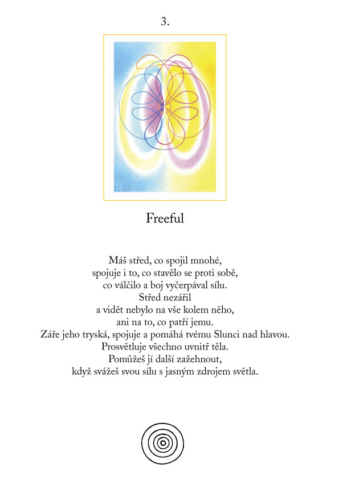 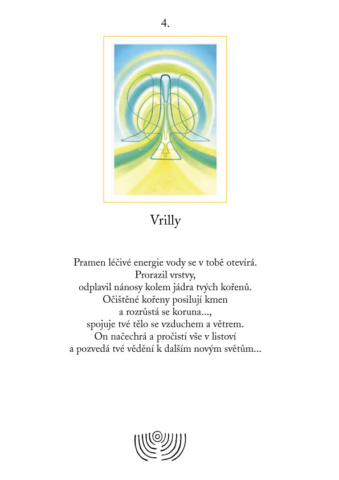 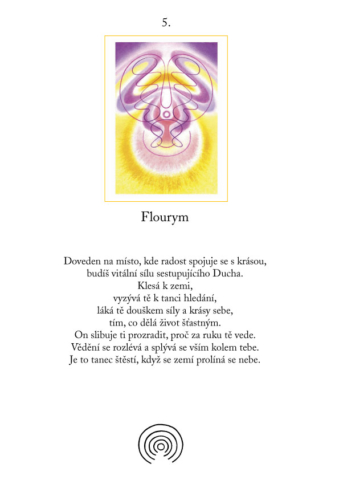 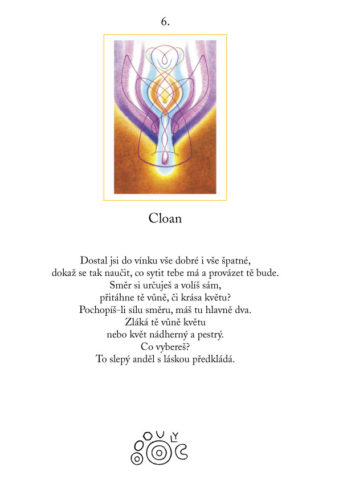 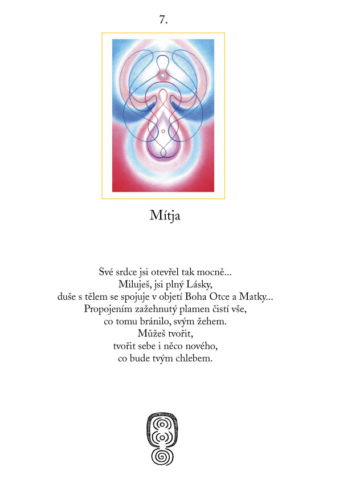 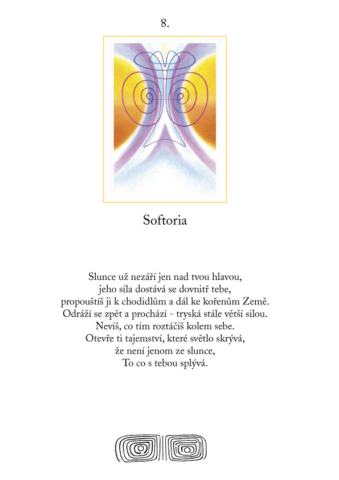 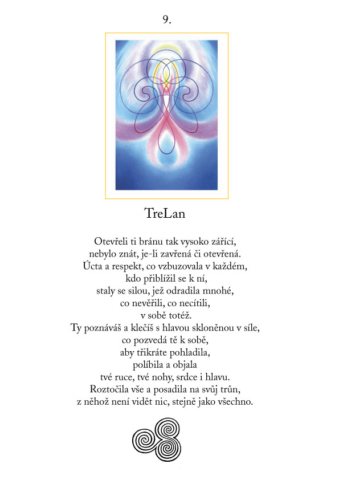 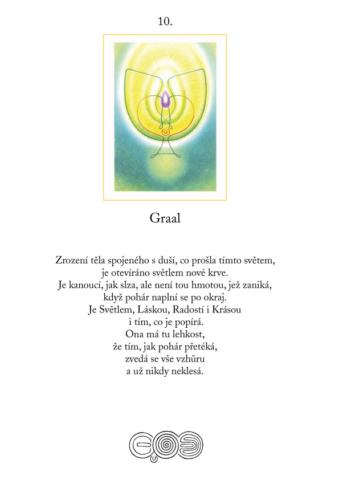 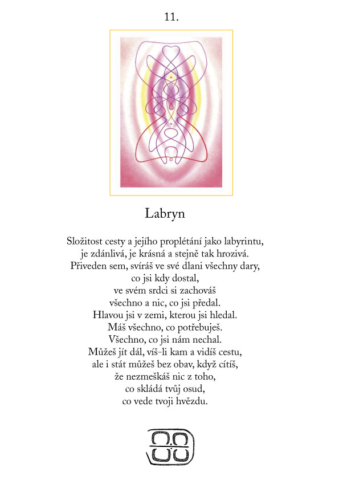 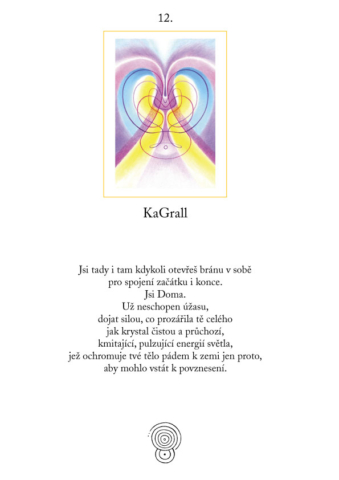 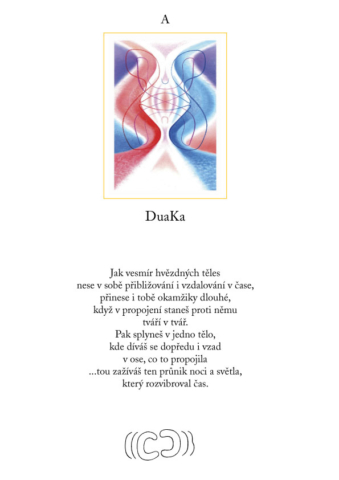 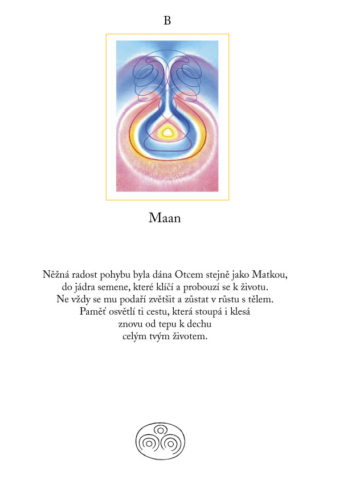 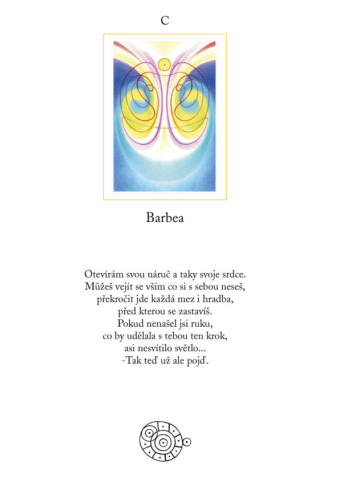 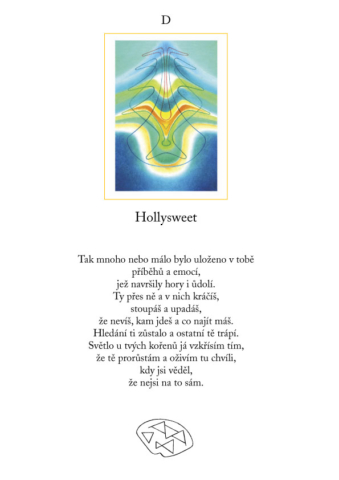 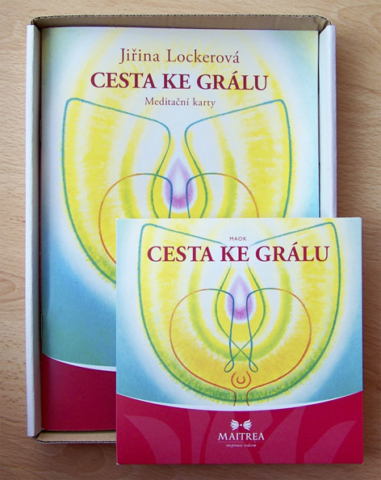 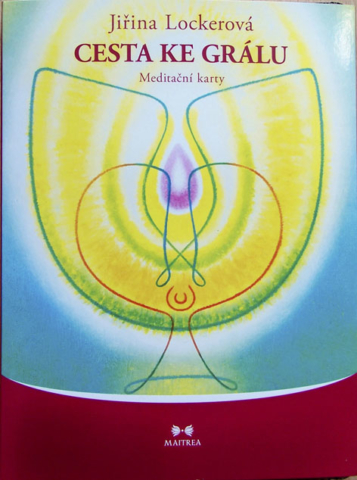 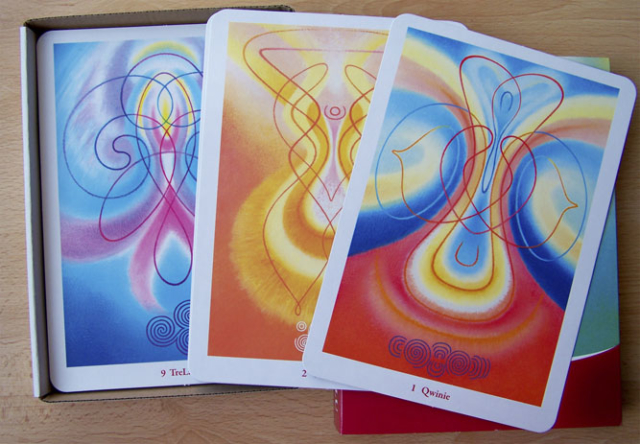 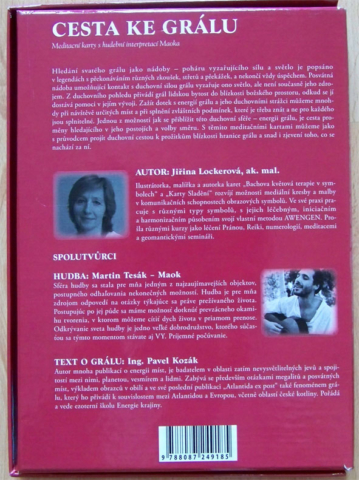 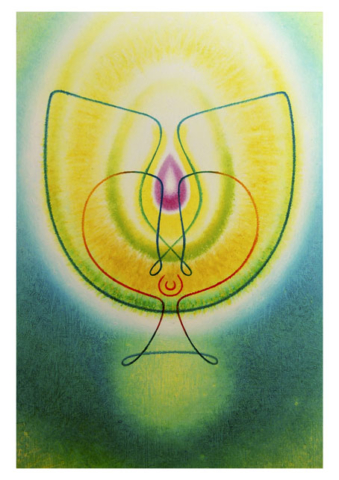 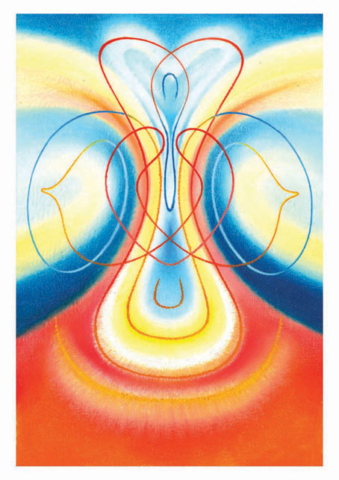 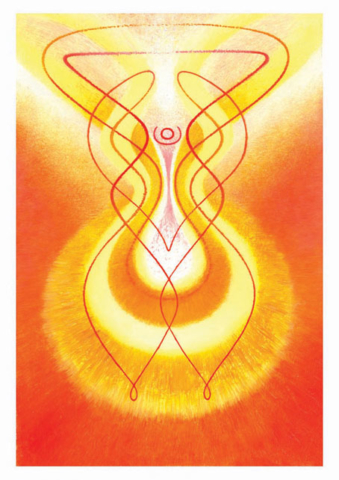 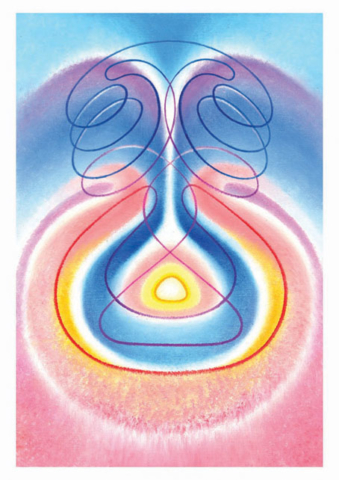 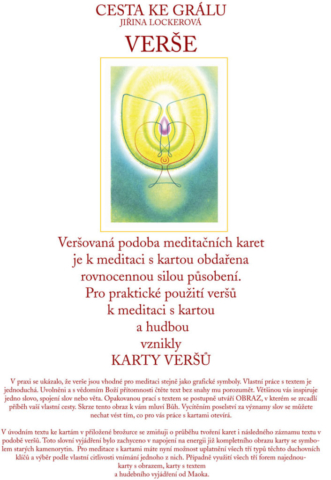 Together with my spiritual entourage I would like to describe a story of one part of my life’s journey that by travelling to the sacred places in Ireland enabled to open something that was for human lives on Earth for millenia closed and almost forgotten.

I think that many preceding events in my life were a certain preparation and then also a guidance, so i could discover another part of that, what I can open and supply to kindred souls on the path.

My interest in drawing, modelling and another techniques of art and craft has been strong since childhood. By absolving the Secondary School of Decorative Arts in Brno and the Academy of Arts in Prague I’ve slightly strengthened my skill and the inflow of inspiration. But I didn’t know that the career of artist and paintress isn’t only stream of fulfilling my life. After twenty years of illustrating scientific-educational books my life changed after the spine surgery – a reaction, a protest of my soul manifested through body. Yet I didn’t see it this way back then.

With the need to strengthen and to heal my body first discovery came, that I am capable to feel the energy through my palms, therefore something that I don’t see, but it exists as well as the emanations from everything around us. Everything is manifestation of spiritual substance and it is possible to more effectively achieve change if we not only can work with this world of Spirit, but also to communicate and to cooperate with it with respect. During last years I underwent the reading of spiritual literature, joga, qigong, zen meditations, pranic healing, reiki, esoteric school and more activities, exercises, lectures and meetings.

I came to know and gradually convinced myself that linear drawing composed of connection of more shapes is capable to become a record of spiritual connection. Spiritual connection caused by this sends asked information in the form of energy transferred through this medial capability of human being into shapes mutually mingling so that could be read differently than by reason, to address and maybe even newly establish a link through which it can arrange and affect on some of soft-corporeal wrappings of body of a human being. After certain preparation and drawing in this way the medial automatic drawing I came to work – to paint the whole set of cards: Bach’s flower therapy in symbols. Symbols of Bach’s essences then led me to another research of how to work with them.

Same as the essence of flower administered as a cure to disharmony in astral bodies that affects by information of its energy, the hidden information of symbols from the post-atlantean ages, carved in stones that survived for eons, has been processed.

Everyone of us, who finds himself on path to uncover all hidden layers of his personality and after that even of his soul, opens even more information – his tracks. Softer and cleared sensitivity of our conscience reacts on the environment with which it gets into contact, into which is led and surprisingly discovers another rootlets of his effect on Earth. My experience led me to this understanding. To take a closer look on the impulse to creating this set of cards, I would like to tell you something about travelling and about spiritual contacts concerning them.

I’ve travelled to Ireland with a whole group of similarly tuned people – those who were attracted to this land full of sacred places of druidic and pre-Celtic culture. Extraordinary strength of these places to contact with a spiritual realm accelerates spiritual development. It calls contemporarily these adepts to use these gained capabilities and sensitivity for invisible layers – dimensions of countryside for restoration and cleansing of these damaged places and people.

Newgrange and Knowth, barrow structures that I knew nothing about before, started affecting me strongly since the moment I found myself in a tourist centre in exposition with engraved stones on monitors. These drawings welcomed me as an old friend and I suddenly knew very well that I have been once in ancient times at their creation.

In Newgrange at entrance stone, which is beautifuly ornamented by a composition of several spirals, a thought occured to me repeatedly, that the drawing is a message that ancient creators could read and that for us it is a challenge to understand.

In Knowth our group from certain place circumvented whole structure and in short meditation we stopped by just some of those engravings according to how much was anyone taken by which engraving on the stones. Finale of this journey was a meditation at one of menhirs, where we knew we could be honored by visit of old irish gods. I did really sensed how strong light came through my body, did something with me and a pressure in neck appeared.

Only on the last day during the travel by bus I’ve started to research by dowse what does it alert me to. It came to me that I should devote myself to the symbols engraved to singular stones and stone structures and to attempt to read the message they carries. They concerns the topic of transformation of a human being and his spiritual development.

It also came to me that for this work would be appropriate to ask another persons, who could help with this uneasy task. And so I asked mr. Kozak, who focused on this work and developed it and to whom I would like to say my thanks.

Only during the process of drawing new shape expression of original engravings and after consulting mr. P. Kozak a number of the whole set of cards became clearer to me with a possibility to add to this last total number (16 cards) those, whose carried necessary messages. This whole was in this phase divided into 12 cards of advancement on meditation path and 4 cards which could be added if necessary. Only after the all twelve painting from the base line of cards were drawed and also psychotronically approved including colour range by mr. Kozak, their arrangement in certain order by their focus and effect had been enabled.

After that I painted the cards as oil paintings on coated paper with drawing strengthened by color stream in such a layout to replenish the drawing in effect.

The whole of twelve cards meaning a path, advance from understanding of your standing in universe – environment of world corporeal mingled with spiritual, to spheres and qualities of different spiritual levels beyond the border of castle Grail is supplemented by four auxiliary cards, which have these foci:

A – Harmonisation of male and female principle

B – Sensation of yourself as a part of Triad, as a child

C – I want to enter behind the gate, cross the border

It is possible to choose one of them in certain pause in advancement, e.g. when is necessary to understand something more or relax something. After a day of meditation you may continue on your path towards the twelfth, to the highest harmony prepared for human being – energy of GRAIL.

This is the recommended use of meditation cards. The basic use. It means gradual meditational work with every card separately and as fast as it is comfortable and tolerable for the meditator. Another possible way of work with them is to choose one up to three cards for your life’s situation, for your frame of mind or for a topic you are actually solving. It is best for you to lay them upside down and move your hand above them so you can feel their emanation. Chosen cards tells not only by their description of a card’s content, but also by that, what are they capable to open by their emanation.

I wish you many interesting and pleasant spiritual experiences with cards and the world into which they would allow you to look. With love